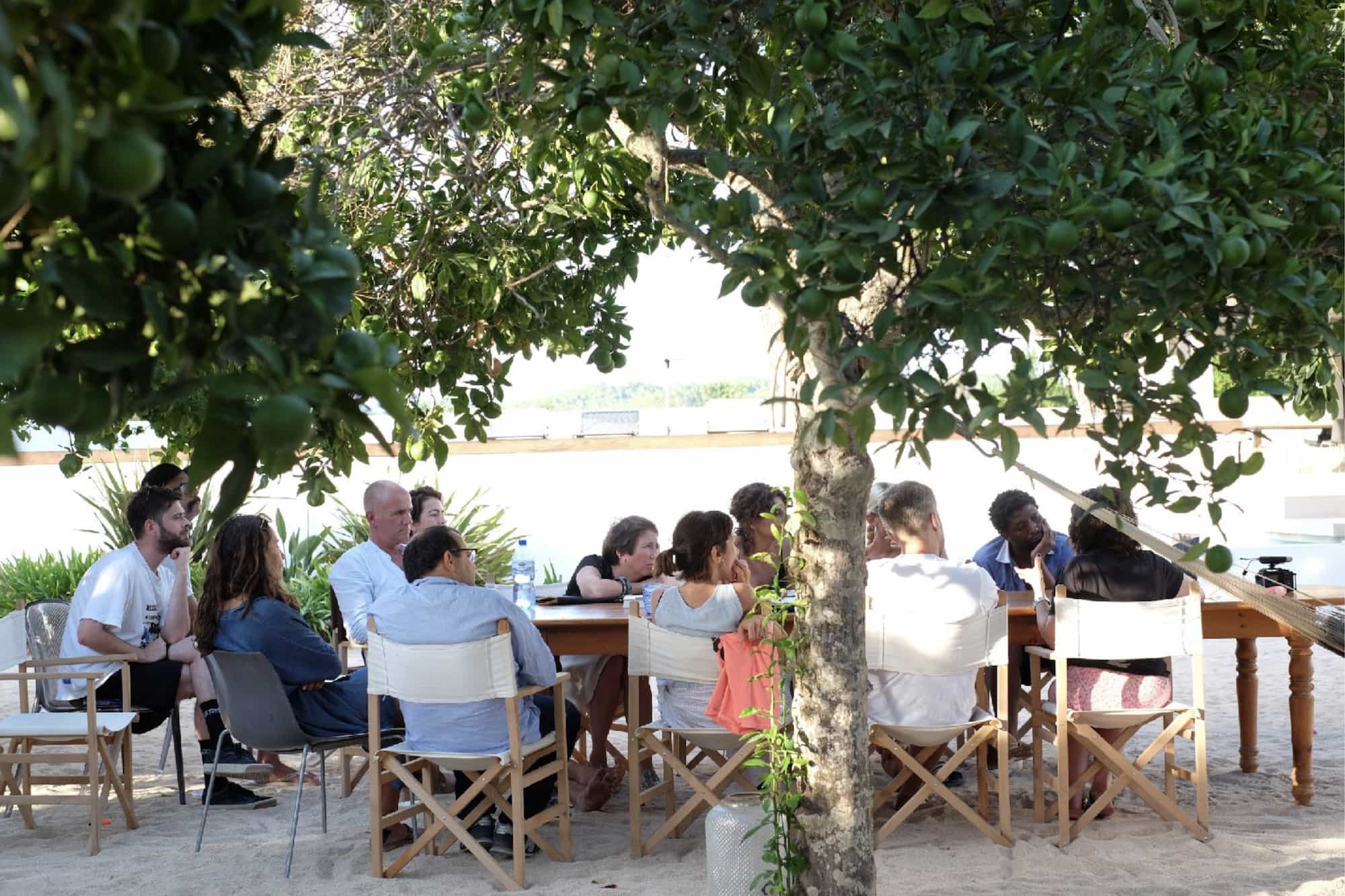 Ses Dotze Naus Foundation promotes contemporary creation in Ibiza with a strong international profile, through artist residencies and art programmes in public spaces, to contribute to the development of the island as a place for the creation, production and enjoyment of contemporary art. We invite artists and thinkers to engage with the island and generate new contemporary narratives with a view to encouraging novel perspectives and critical thinking among residents and visitors.

1.
To encourage initiatives that generate new dialogues between contemporary creation, Ibiza’s cultural and natural heritage, and local imagery in an amalgamation of creation, knowledge and amusement.
2.
To welcome and support artists and thinkers from a diverse range of disciplines and backgrounds, offering the time, space and resources that will allow them to conduct research, exchange ideas and develop projects that will awaken the island to new possibilities.
3.
To inspire local audiences and motivate them to explore, participate in and learn from the arts.
4.
To build situations that are propitious for cultural production, drawing on the synergy between public institutions, cultural and social agents, residents and friends of the project. 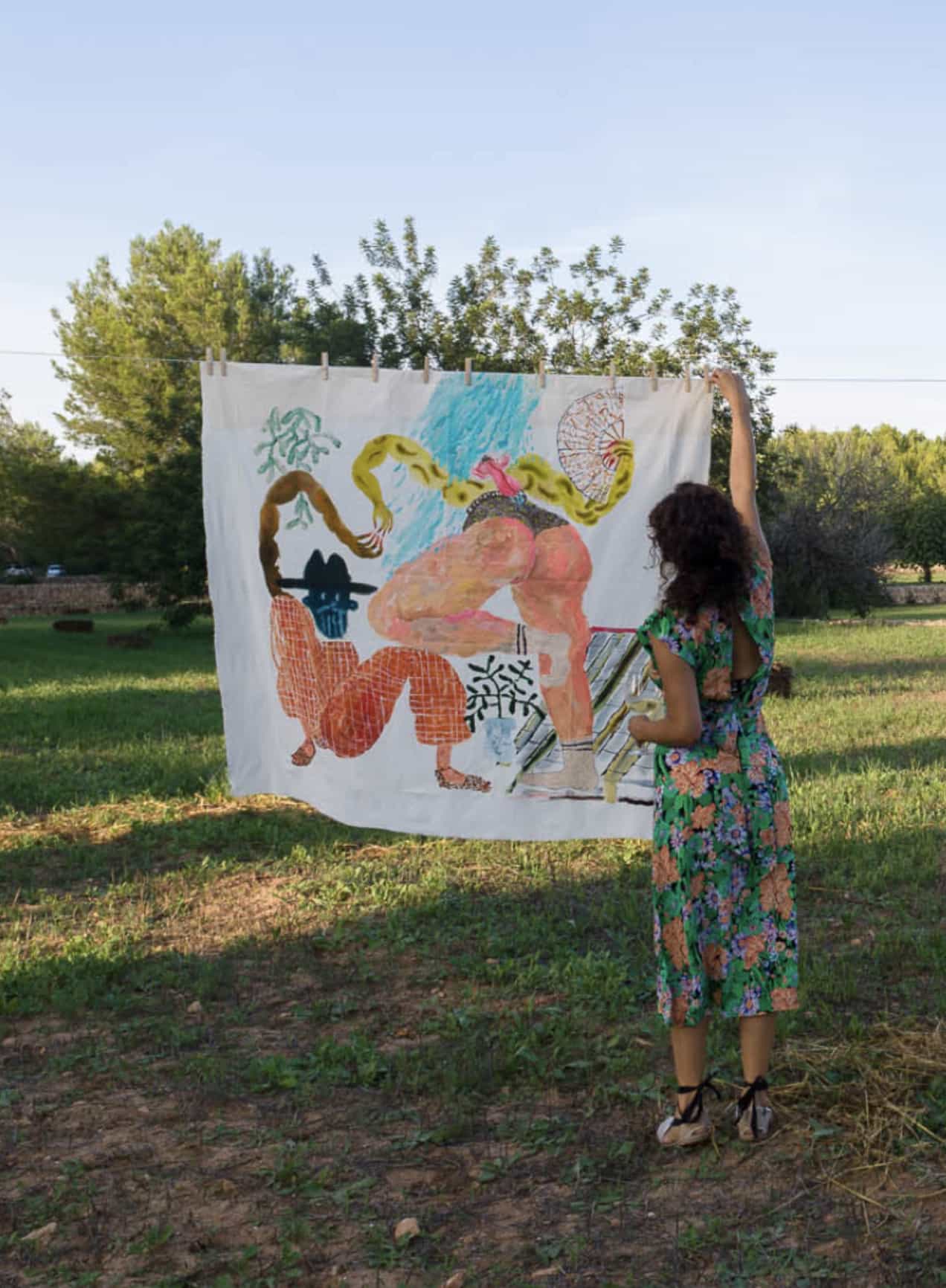 We began as a biennial residency programme housed in a finca in inland Ibiza. Ses12naus (‘The 12 Vessels’ in the Ibizan language) is a metaphor for the twelve artists that gain our shores each year and interact with the island, contributing ideas and creating cultural and social value. On their return, they take with them the lived experience, acting as the island’s ambassadors in their places of origin.

In 2021 we decided to strengthen our commitment to culture as an engine of change and to create a foundation to take Ses12Naus to a new level. Looking ahead to 2022, the SesDotzeNaus Foundation is promoting new lines of work and research, of varying intensity, scope and duration, around the experiences shared between artists and audiences.

Ses12Naus is intimately linked to the finca that hosted the early years of the artistic residencies, which is also where that the Foundation’s initiatives for the short and medium term are being developed. Situated in the centre of the island, in the municipality of Santa Eularia, the estate covers an area of 30 hectares of flat land, including woodland. It is also the site of an agricultural project we are developing based on permaculture and regenerative agriculture that includes plantations of fruit trees, aromatic herbs, vines and grazing animals. 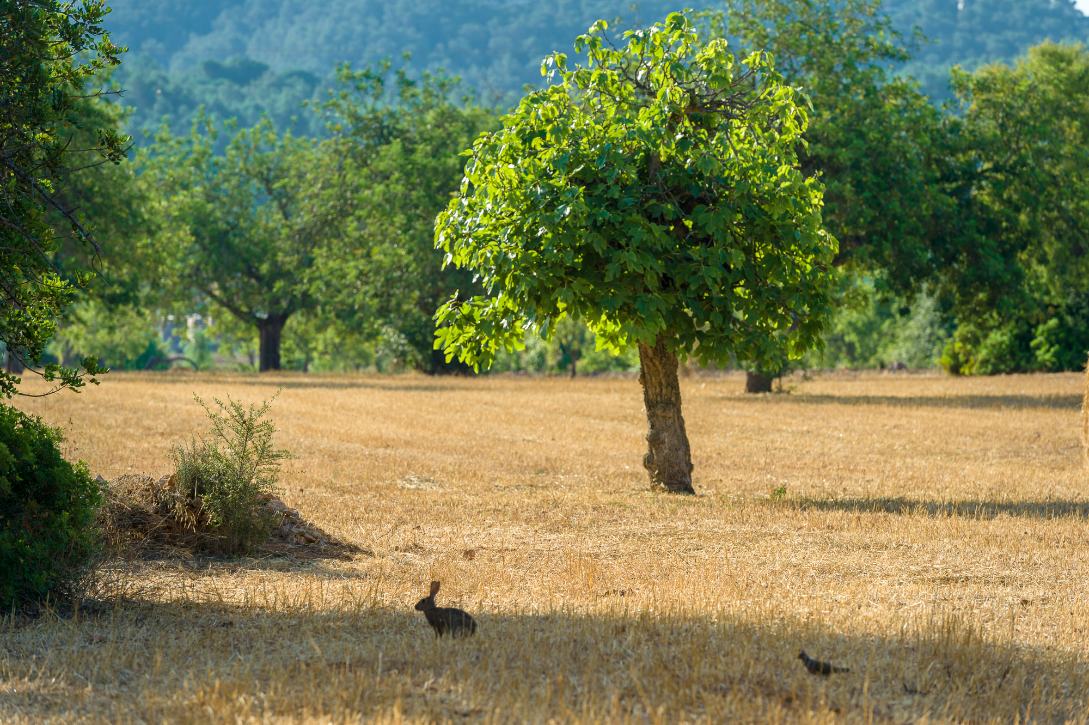 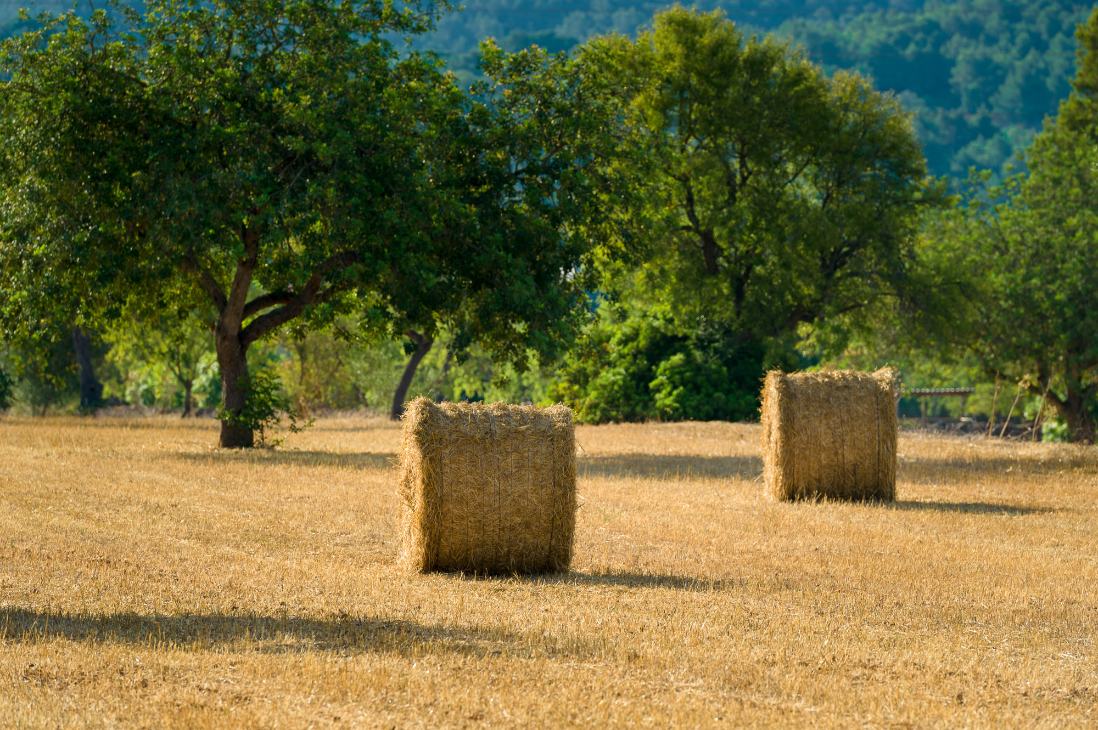 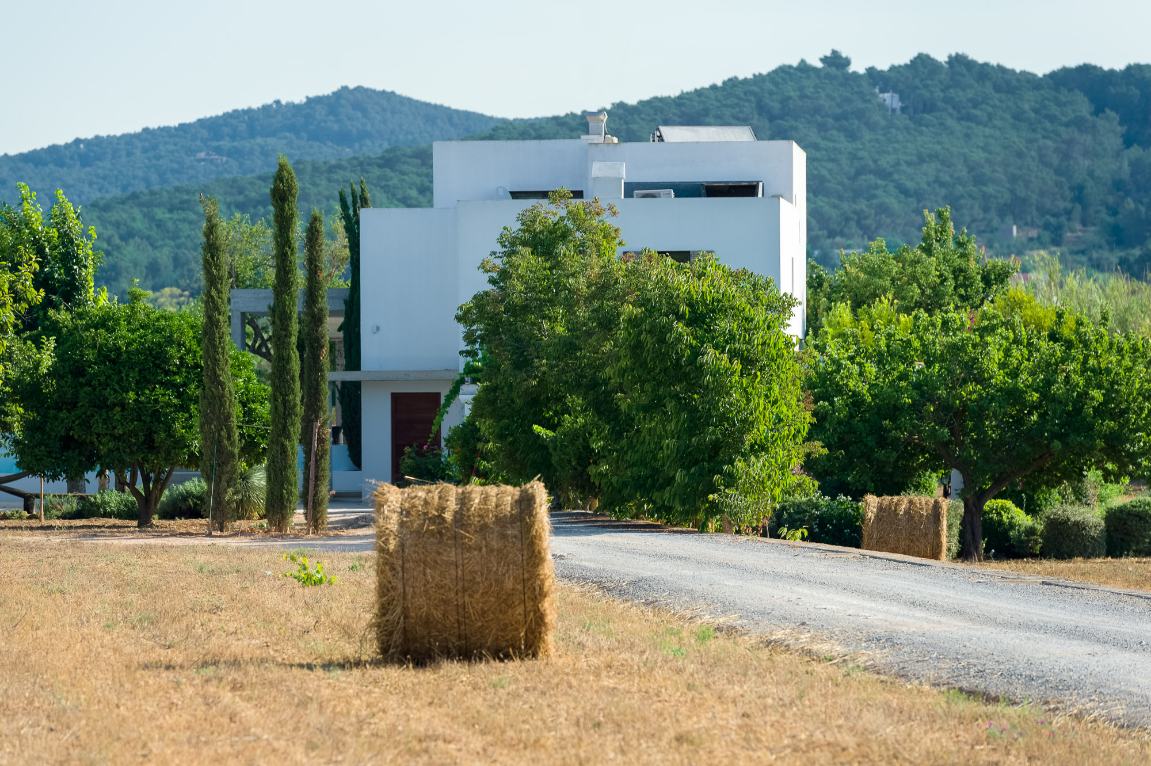 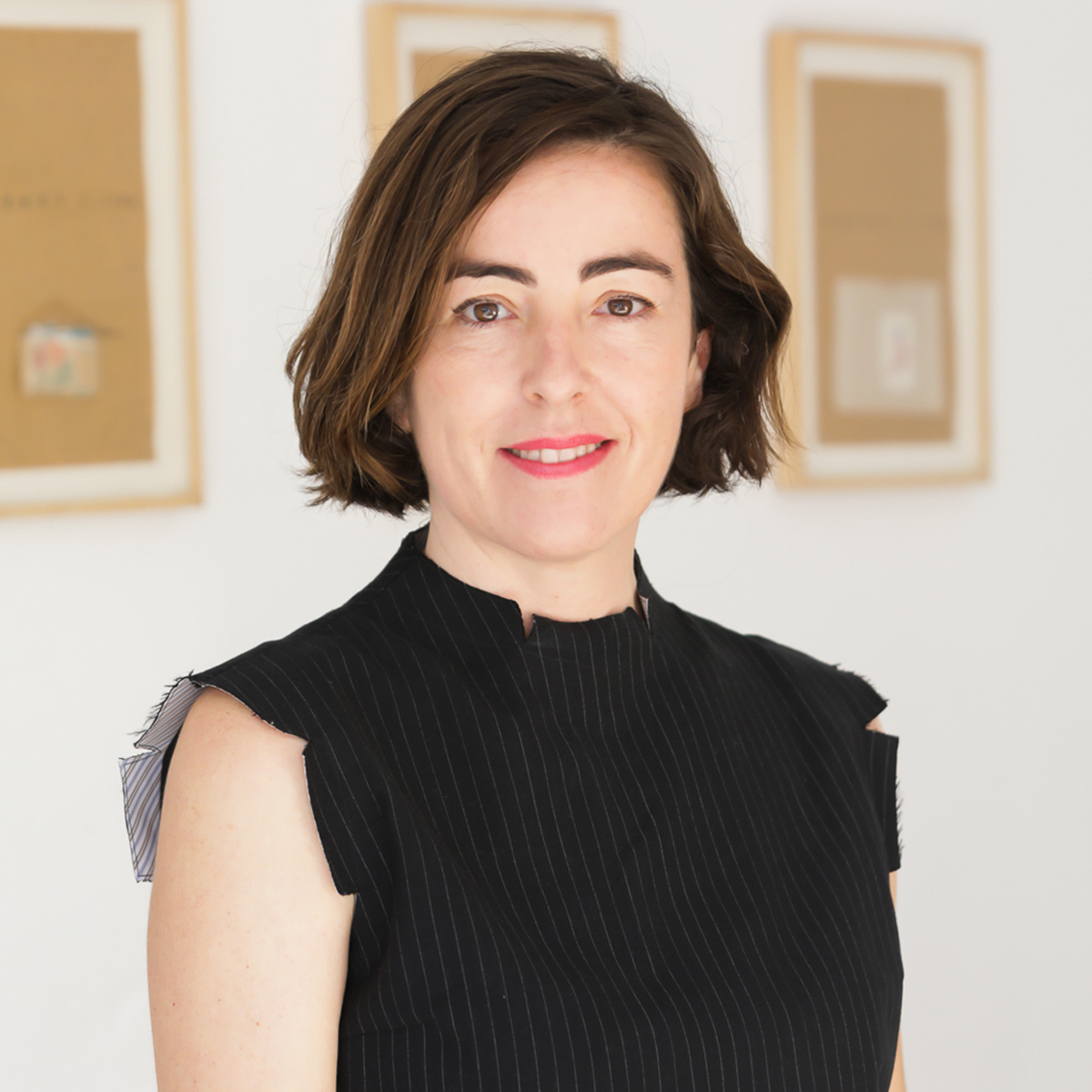 Her passion for the island where she was born is only comparable to the passion she feels for the culture of this Ibicencan, alma mater of the Ses12Naus project from its origins to what is now a firmly established foundation. Raised in Ibiza, the nonconformist spirit of Ángeles soon wanted to know what was beyond that blue sea she contemplated every day, to live and train in Havana, New York, London and Madrid, places where she has developed artistic production work, soaking up the different scenes of each place.

After more than 15 years of stay in different parts of the world he returned to his family home and started this project, conceived by and for the island, seeking to involve those who share his vision to make it grow in a sustainable way and support the production of creators in the process. From here he seeks to share it with whoever wishes to approach, building the enriching exchange from Ibiza to the outside and vice versa. If it is in the spirit of this "stone ship" that is Ibiza to be, at the same time, local and global, Ángeles is undoubtedly its clearest exponent. 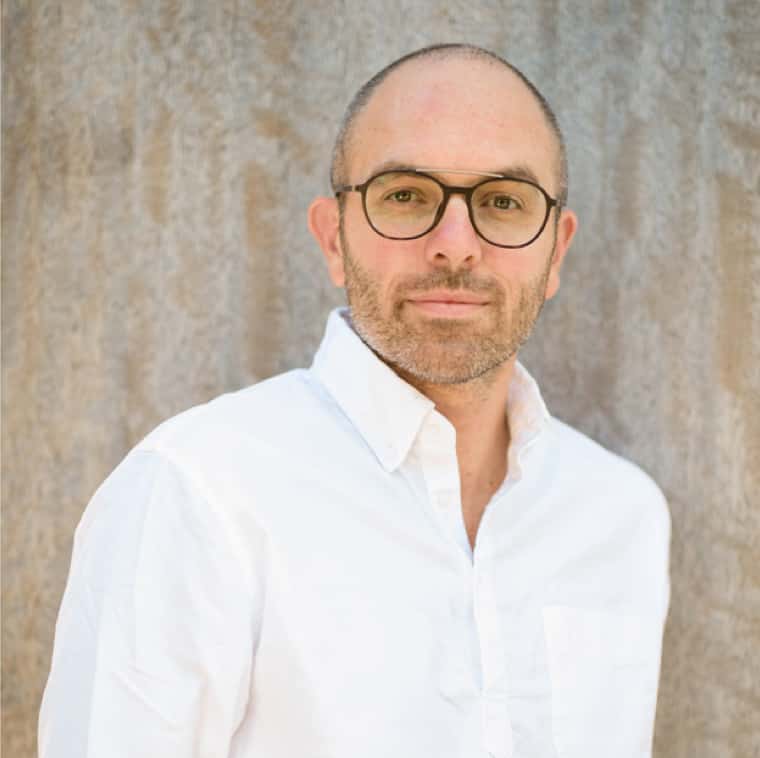 Simon's nearly 20 years of professional career have taken place in the field of finance, touching a spectrum of industries as diverse as the cities where he has lived throughout his life, shaping in him a rich and complex imaginary of cultural references, aesthetics, and visions of the artistic universe.

From his native South Africa, London, New York and now Ibiza - where he lives and where he has chosen to raise his family - have welcomed this mathematician and philosopher, feeding his innate curiosity for everything that surrounds him and his particular focus on the art world, approaching it now in a deeper level through Ses12Naus, of which he is Patron, thus linking him now unequivocally to the future of the island. 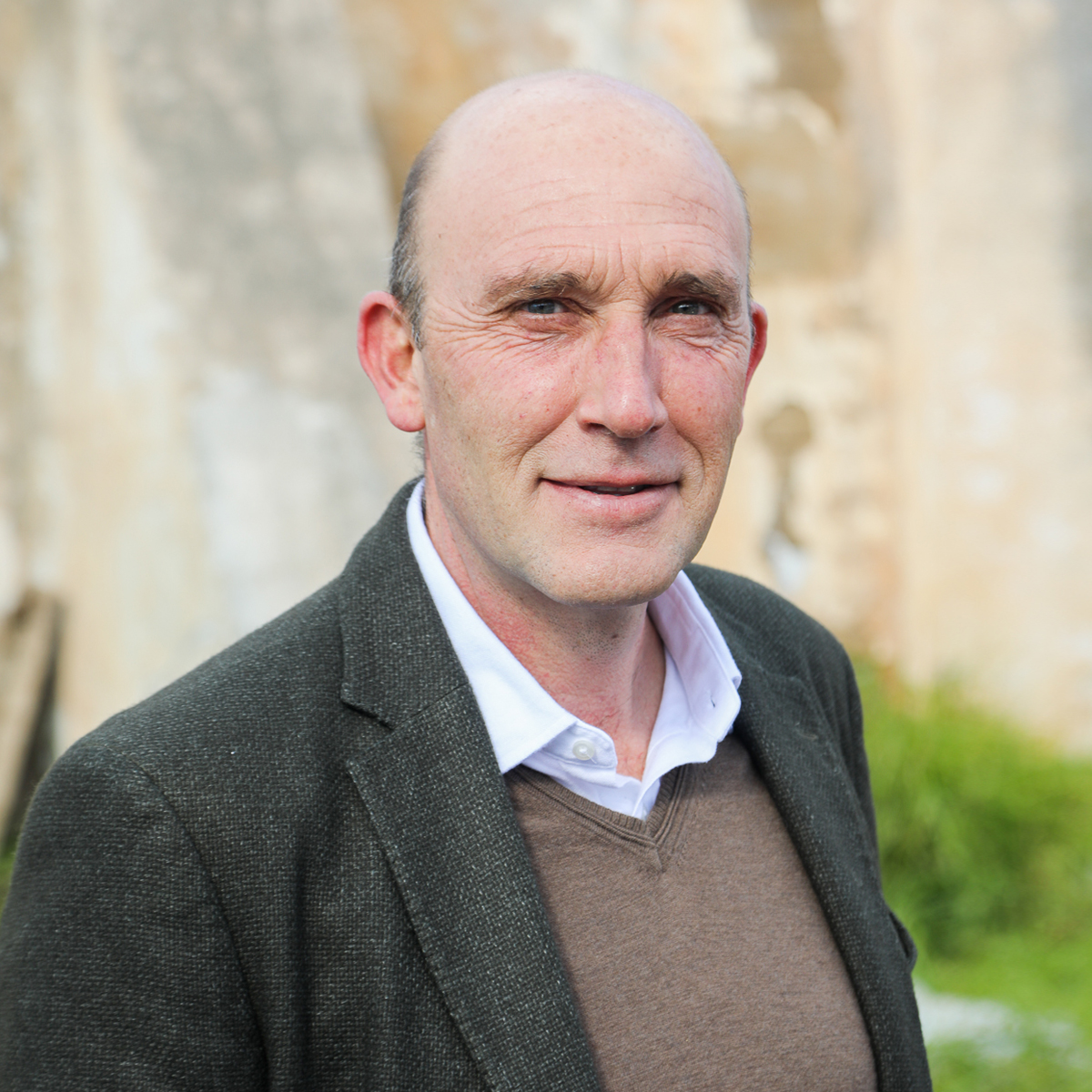 A lawyer with an extensive professional career, Ignacio's involvement in the Ses12Naus project is based on his close relationship with its founder and president, Ángeles Ferragut, and their common love for Ibiza and the art scene.

Present since the constitution of the project in Foundation, Ignacio shares its vision as a pole of attraction of talent and potential generator of artistic currents from Ibiza, and is part of its board for two fundamental reasons for its proper development; he is advisor and consultant in the legal field, as it could not be otherwise given his professional expertise, and also as an islander of exception, adding its weight to the unequivocally Ibizan roots of the project Ses12Naus, constantly generating an important dialogue for the Foundation from the local vision of its history and character to the outside. 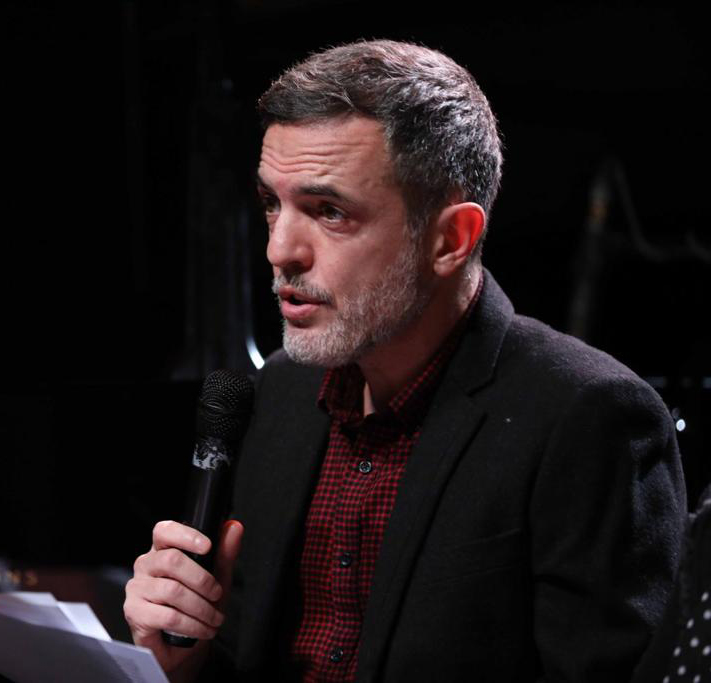 A strategic, creative and rigorous professional, Ignacio acts as a fundamental part of the gear that makes up Ses12Naus Foundation, acting as a bridge between the will of its founders and the reality of the universe of cultural management, accompanying each step and structuring its future projection.

With two decades of experience in the direction and management of public and private projects in different fields of the arts: programs, cultural facilities and festivals, Ignacio, a Galician living in Madrid with a global spirit, he brings to the project his particular interest in the development of artistic proposals in the public space to enhance the participation of diverse audiences. 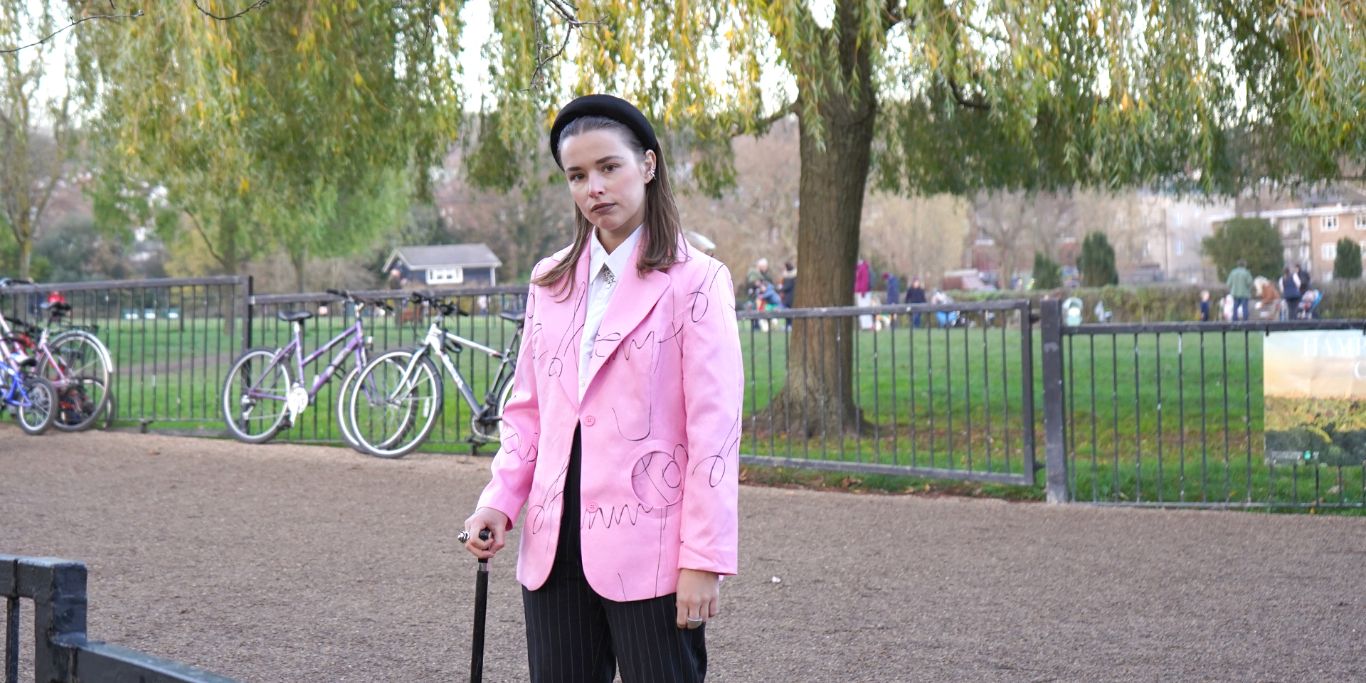 Linda Rocco is a London-based contemporary art curator and PhD researcher at the Royal College of Art with a full LAHP/AHRC doctoral award. She is the lead creative producer of Liberty at The Greater London Authority (GLA) and has curated public events and exhibitions internationally, with established small-scale institutions as Delfina Foundation, to warehouse spaces as Yinka Shonibare’s Guest Projects, including the curation of the public sphere for Nine Elms on the South Bank.

Linda regularly works as curator for artists and private galleries, as well as consulting for charities, foundations and public institutions on accessible and socially engaged arts; collaboration with STEM subjects as well as participatory and intermedia practices. Linda brings her rich professional background and invaluable talent to the Figueretes 2022 artist-in-residence project, contribuiting to the future of the Ses12Naus Foundation. 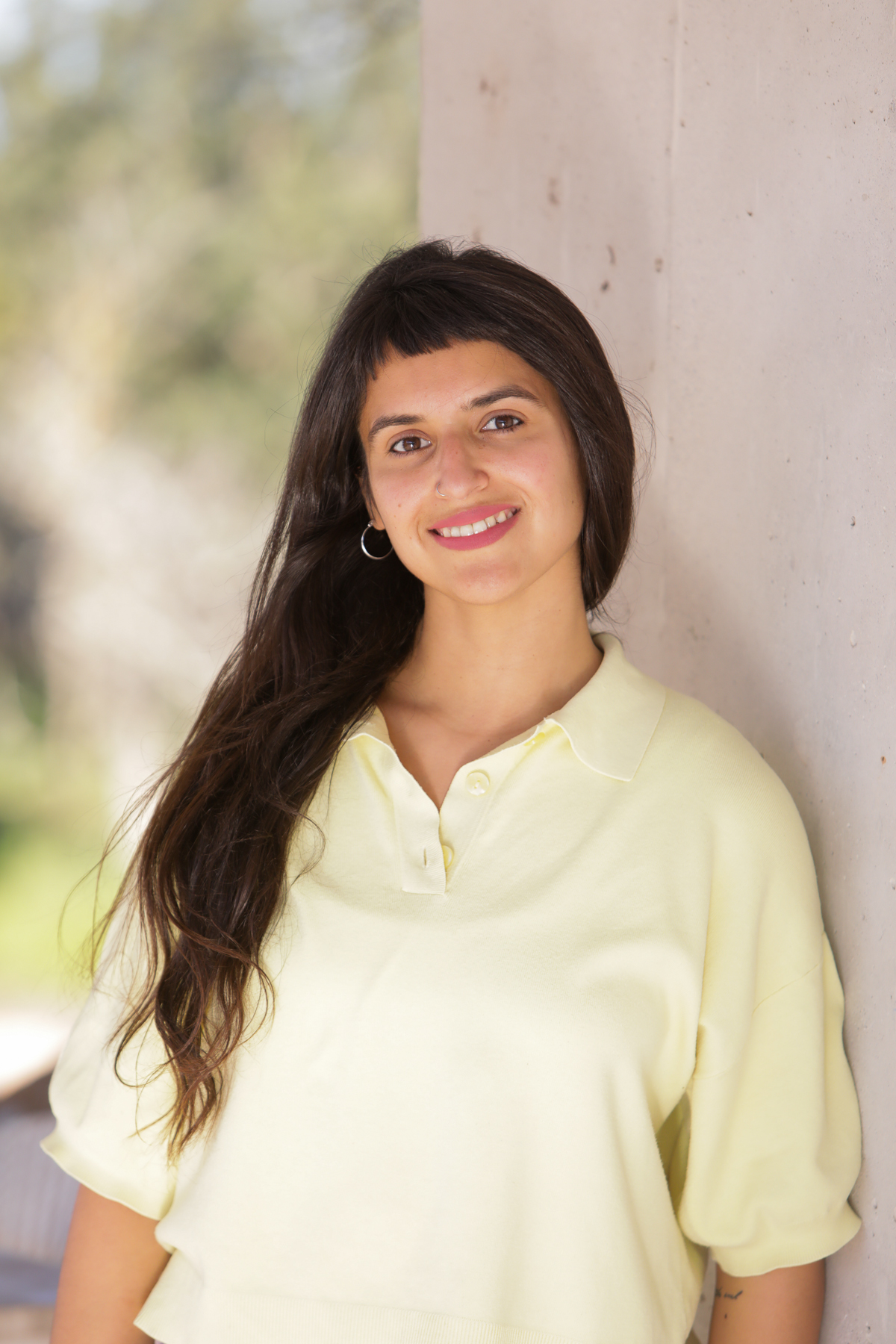 Nahir Rivadeneira, Argentinian by origin and Ibicencan by adoption, economist with a curious soul and traveling spirit, has found on the island her place to call home, and joins the project at this key moment to contribute her know-how in the work of organization and management to collaborate in the daily work of the Foundation. 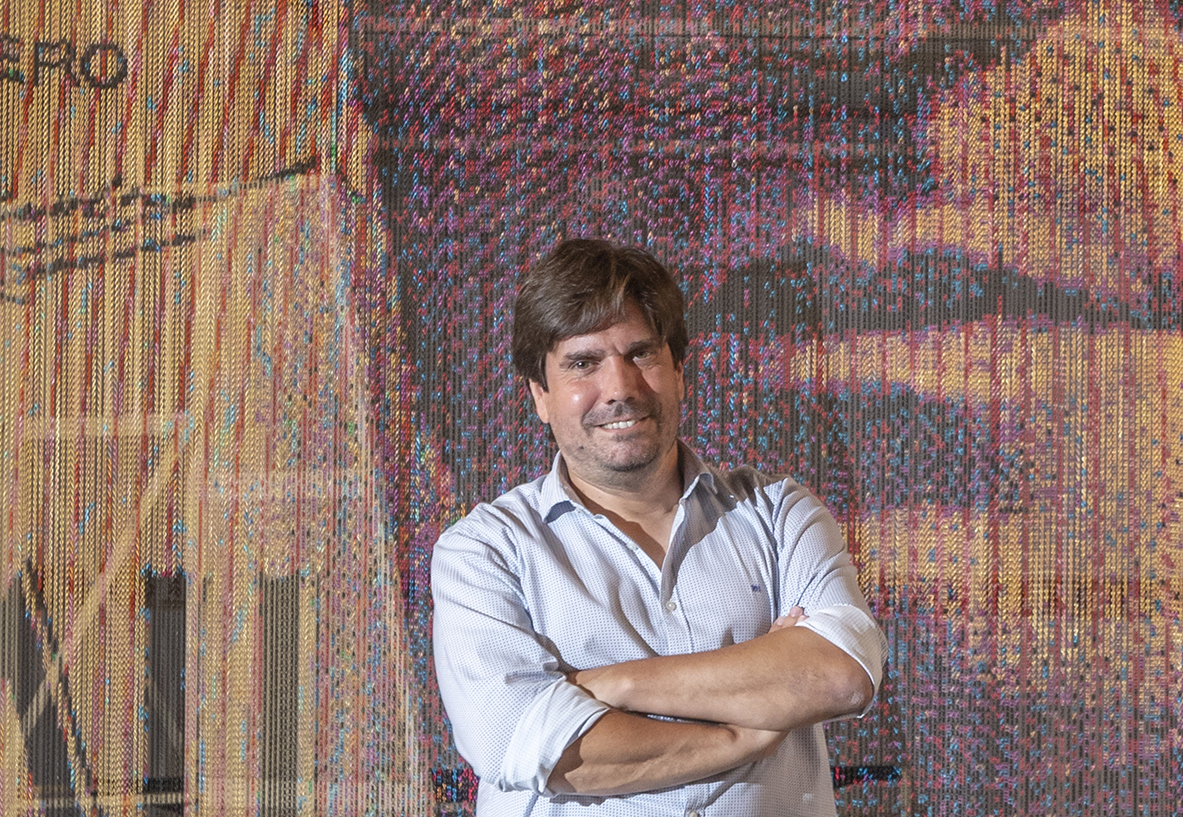 This Ibizan, born in Cordoba and based in Mallorca, works as an art critic at ABC Cultural, he is also an independent curator, historian, researcher and teacher with a mixed background focused on creation and management that led him to graduate in Law from the UB and in Art History from the UIB. He is currently the President of the Association of Critics and Curators of the Balearic Islands, where he was also President of the Institute of Contemporary Art. He is part of the Ministry of Truth of the satirical, political and vindictive magazine, Sublime. In Palma he has been curator of the artist residency project CRIdA, curator at the Casal Solleric with different cycles of exhibitions and director of the photography festival PalmaPhoto. He has also curated the I Festival de Arte Contemporáneo de Saltillo (Mexico), the MAdBlue Sustainable Development Summit in Madrid and different international art fairs.
He is currently curating the visual arts program of the CoolDays Festival and the Centre de Creació Contemporània d'Artà, both in Mallorca. His exhibition projects have been developed in some of the most prestigious centers in Spain and in cities abroad such as Helsinki, Vienna, Prague, Cologne, Berlin, London, Tilburg or Mexico City. In spite of going back and forth, the Balearic Islands are the place to which he always returns. He is linked to Ibiza by countless memories of childhood and youth, then research and activity in the field of art and culture, a love for this island that makes him an exceptional ally for Ses12Naus, a project with which he has collaborated closely since its inception.

Artistic and documentary photographer, this Alicante native trained between Spain and the U.S. navigates like few others in the diffuse space that separates reality and fiction, investigating the ambiguous relationship that photography has with truth; playing with her artistic eye applied to documentary photography, and simultaneously taking her career as a photojournalist - not in vain her first steps were in the Diario de Ibiza, where she came into contact with the island and its people at street level - to her most personal and artistic work.

A member of the prestigious Magnum agency, since 2012, De Middel has produced more than 13 projects and publications that respond to the need to redefine documentary practice in order to explain in a more complete and diverse way the world we live in. This production and approach has earned her several recognitions such as the Infintiny Award from the ICP in NYC in 2012, or the National Photography Award in 2017. Her work has been shown in more than 50 exhibitions internationally, and is part of collections such as the Tate Modern or the National Gallery of Victoria. De Middel combines photographic creation with curating, teaching and promoting new photographic voices emerging from the periphery through the Vist platform.

Cristina extends her support to the work of the Ses12Naus Foundation, collaborating in its gestation and initial development, walking alongside it, and now, after its formal constitution, she contributes with her advice and ongoing vision.